If you are a fan of something or someone, you only dream of meeting the person behind that something or that someone.  Most of who read my blog know that I am a huge professional wrestling fan.  This past Wednesday I got meet someone who I watched growing up.  This man is a legend, a WWE Hall of Famer, and has won many championships.  The I am referring to is Tito Santana.  But I am sure you already figured that out by the title of this post.

When I found out last month that he was the special guest on this months tour I was so pumped!  A part of my childhood is going to be in town and I will get to meet him!  I was so pumped and it was one of these moments I would never forget.

As soon as I walked into the German Concordia Club where High Impact Wrestling holds it's shows, I was marking out.  I was just in shock and awe that it was him that I had to immediately go and shake his hand!  Mr. Santana knew right away what I got a picture he was selling and got him to sign it.  I also got a picture with him.  He was such a class act.  He was so easy going and so easy to talk to.  I told him that he was a big part of my childhood.  I also said that my niece didn't understand the awesomeness of this.  He understood because she is only 13.

He won his match via disqualification during to being attacked by HIW star Wavell Starr.  Starr said in his match that he should have been the one to face Tito Santana.  But King Kash was booked to face Santana.  Kash and Starr were attacking him, than Cannonball made the save.  Cannonball issued a challenge for a tag team match against King Kash and Wavell Starr, but the challenge wasn't accepted.  I wish his match against King Kash would have went longer, but still awesome to see him live!

During intermission, he was taking pictures by the ring.  He had the AWF Championship with him.  That was very cool.  I told him I randomly found the AWF "Warriors of Wrestling" show on DVD, but it might not have been all the episodes.

Overall, this is an experience I'll never forget.  Meeting someone as legendary as him is just mind blowing.  Even though it's three days later, I still can't believe I got to meet him.  As Tito would say, "Arriba!"
Posted by Mr. C.C. at 1:39 PM 1 comment:

Having a Heatwave, A Tropical Heatwave

If you get reference in the title of this post, you'll be get bonus points.  If not, search it and it will make sense.

This week has been a hot one.  We've had a lot of rain this summer and now it's been this week.  The thunderstorm the other night at 2 am didn't do anything.  In fact it made it worse.  The rain made it so much more humid and muggy.  In fact I felt like I was going to have heat stroke near the end of the day at work.  But putting my head in water to cool down helped.

At the time of this post, it is still +22 Celsius.  If you want to convert that than go ahead.  This current temperature should tell you how hot it is at this moment.  I like it being nice and hot and all, but there comes a point when the heat can be too much.  You know this too be true when you start feeling the symptoms of heat stroke.  I had heat stroke one time and it was brutal.  I've never had it since mind you.  But the fact remains is that it's not fun.

In the midst of all this heat, you need to keep hydrated.  A swim in a pool or lake would be great right about now.  If only I know someone with a pool at this time of night.  If only...
Posted by Mr. C.C. at 1:18 AM 1 comment:

Email ThisBlogThis!Share to TwitterShare to FacebookShare to Pinterest
Labels: Thoughts

I've always liked this song, but my friend Mark brought it to my attention again and I've rediscovered my love for it.  I've learned to play it and it's just so fun to play.  I can't wait to record our cover of it.  Mark will work out a new take on it.  It will be awesome!  We just  need to find a female to do the female vocals!

"You Feel the Same Way Too" by Rankin Family
YouTube link

Email ThisBlogThis!Share to TwitterShare to FacebookShare to Pinterest
Labels: Canada, Music, Song of the Day

Here a song from Elliott Brood.  I saw them this past Saturday and they were awesome!

Email ThisBlogThis!Share to TwitterShare to FacebookShare to Pinterest
Labels: Canada, Music, Song of the Day

This past Saturday night as a part of the Jazz Fest, I saw Elliott Brood.  They are trio from Toronto.  No, they are not jazz.  Not everything at the Sasktel Saskatchewan Jazz Fest is jazz.  Let's get that straight.  The opening act was a young duo from Saskatchewan, Kacy and Clayton.

Now, I had nothing to go off of for the opening act, Kacy and Clayton.  Looking them up on YouTube, they've played in Saskatoon before.  With that being said, Kacy has a voice like a lot of indie artists like Feist and Nataly Dawn to name a couple.  Being that I am a big Nataly Dawn fan, I like Kacy's voice.  Even though her voice cracked during one of the songs, she still did a great job.  Clayton on the other had wasn't perfect, but he has some serious chops on the guitar for being that young.  He was doing blues fingerstyle.  If he is that good now, he will be so amazing later in his career.  You can tell they need to work on their stage presence because they don't do any bantering between songs or tell stories.  All that was really said is Kacy said to pick up their CD at the back and that they played a bull sales while nobody paid attention.  Sure they will get audiences attention with their music, but they need to engage the audience with stories or banter.  Overall, they were good, but it's just this one thing they need to work on.

The headlining act was Elliott Brood obviously.  Ha!  I've only heard a couple songs from them.  "Northern Air" is a great song.  I kept yelling that and they said they would get to it.  Just before they performed it, they dedicated the song to The Deep Dark Woods, which is a great Canadian folk rock band.  They also played "When I Get Old" which is the other song I know from them.  All the songs they did were awesome.  They one song they did which part of the song is "hey, hey, hey."  The crowd chanted that.  That song had awesome energy.  All the songs they did had great energy.  The uptempo songs, especially, had great energy.  The crowd was on their feet for all the uptempo, high energy songs.  It got hot and humid with everybody dancing in the Broadway Theatre.  But it was awesome!  They are another act that didn't fail to disappoint.  That's mainly because I had no expectations of Elliott Brood because I had no idea what to expect.  That's what happened last year when I saw Tegan and Sara.  I had no idea what to expect from them and they blow my mind with how good they were.  So, with that being said, it's to good to not know what to expect from some artists at times because you could be disappointed.  But I've never been disappointed with a headliner of a concert.  I'd go see Elliott Brood again without question because they are that good.  Fun, high energy show.  Just awesome!

Before the show I was talking to these two people and the older woman was wearing a Che Guevara shirt.  I thought that was awesome.

Just a bit of random facts, the Sasktel Saskatchewan Jazz Fest is the fourth largest Jazz Fest in the country behind Montreal, Toronto, and Vancouver.  Elliott Brood said we are the most friendly because they've never been invited to the Toronto Jazz Fest and they are from Toronto which I mentioned above.


I think I have to make it a yearly goal to go to at least one paid show at the Jazz Fest!  I hope they bring some great acts next year!
Posted by Mr. C.C. at 12:14 AM No comments: 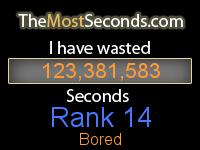